Members of Rondine International Peace Lab and fellows of Rondine Cittadella della Pace, representing 25 countries in conflict, took an important call to the United Nations Headquarters in New York. This, on the occasion of the 70th Anniversary of the Universal Declaration of Human Rights, the 10th of December 2018. On the event, organized by Rondine Cittadella della Pace, they made an appeal to the 193 member states of the United Nations, other nations, social, religious and economic entities, families and private individuals to:

1.      Provide for the training of new global peace leaders who can intervene in the main contexts of armed conflict in the world to promote the development of pacified social, economic, and political relations. Rondine is committed to training the first 200 leaders over the next 10 years with its Global Intervention Project.

2.      Extend to all the Member States education on human rights in their national education systems, integrating them with the results of the Rondine Method on the creative transformation of conflicts, as a significant development of Article 26 of the Universal Declaration of Human Rights.

3.      Donate scholarships to train new global leaders. We ask Member States for a symbolic contribution, which can be earmarked in their defense budgets.

This message is launched through a three-year campaign, called: Leaders for Peace, and it was read by two Rondine fellows, an Israeli and a Palestinian. 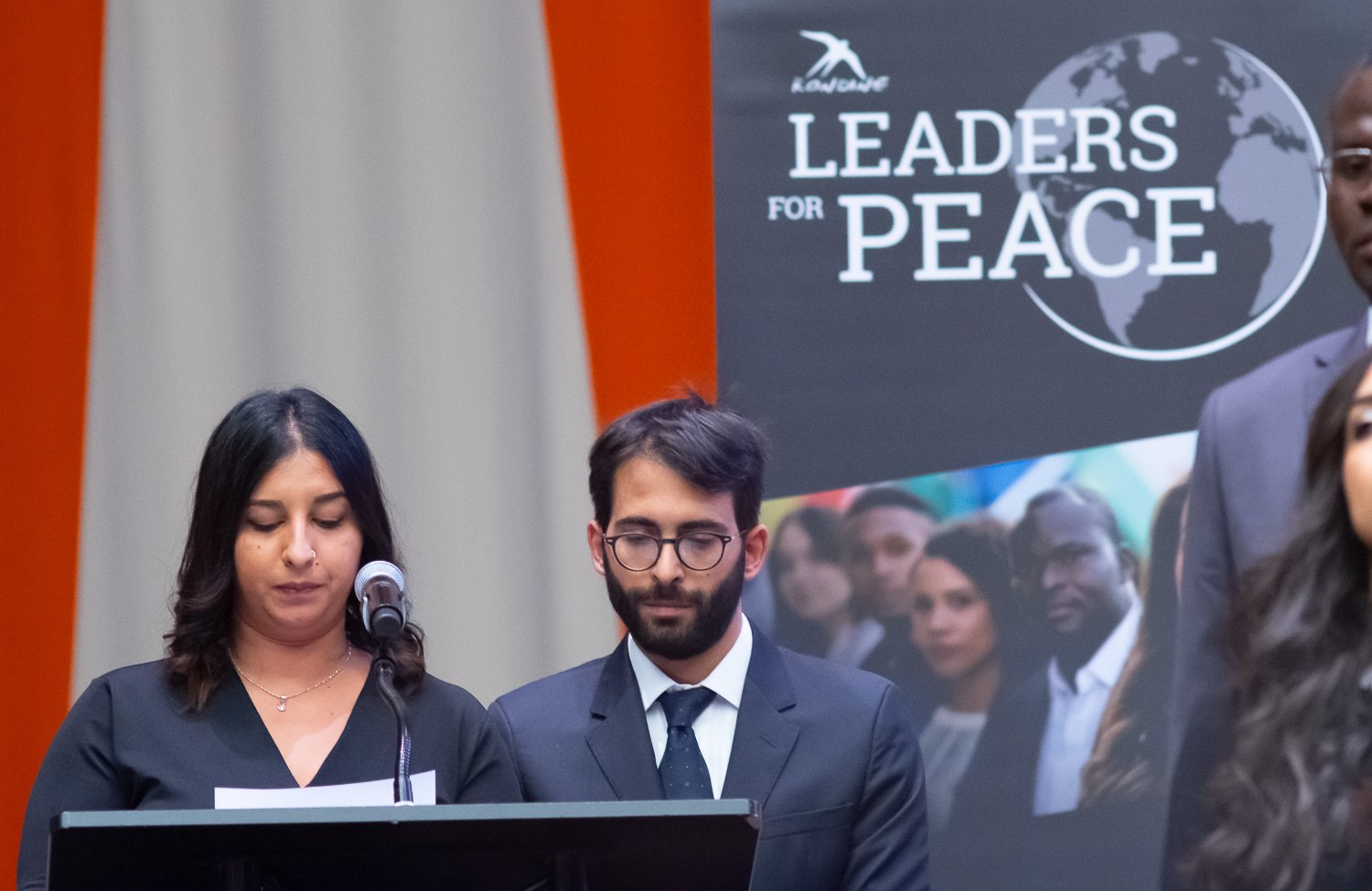 At the same day, the President of Rondine International Peace Lab, Agharahim Poladov, introduced the Leaders for Peace Campaign, and the appeal directed to the 193 member states of the United Nations, through a speech that explained the severity of the global conflict situation, as well as the possibility that the youth leaders have to make a change, by taking as an example the work that Rondine fellows and alumni are doing.

Below are some phrases from Mr. Poladov speech:

It all sounds as a dream of maximalists young people who have no idea about real life. But wasn’t UN a maximalists dream to bring peace between nations of the planet? So now, we ask your support, in your own idea, in your own goal, that we share.”

Following the United Nations activity, the members of Rondine International Peace Lab, had the opportunity to meet different international organizations, institutions, and government representatives, concluding with a networking event with the alumni of School for Conflict Analysis and Resolution of George Mason University in Washington DC. Moreover, the Italian Embassy in Washington DC, hosted a presentation of the project: Initiative for Democratic and Peaceful Elections in Sierra Leone, on the event of the first international discussion of the Rondine Method on conflict transformation.

This important initiative and activities were implemented thanks to the generous support of Fondation Assistance Internationale (FAI).